I have always been fascinated by stars, “sic in caelo ut in aqua”. As a matter of fact, I was born in the year when Judie Garland was playing “A Star is Born” and I live around the star-shaped city of Palmanova. Physics tells that we all comes from the dust of celestial bodies! In one of my first selfportraits, I was a starfish: four rays were painted (legs and arms), while the fifth — the head — was not since it was/is in the clouds. The (real) constellations are to be found in various forms in my works. The naevi on my skin appear to me as families of stars sometimes, that I can group according to my wishes. I like to make/read star-shaped books because they have neither beginning nor end and one can start/stop wherever she wants. Glittering outfits or accessories are my favourites in the art actions, besides castles as locations, because they make me feel as a star in many not-so-metaphorical ways. 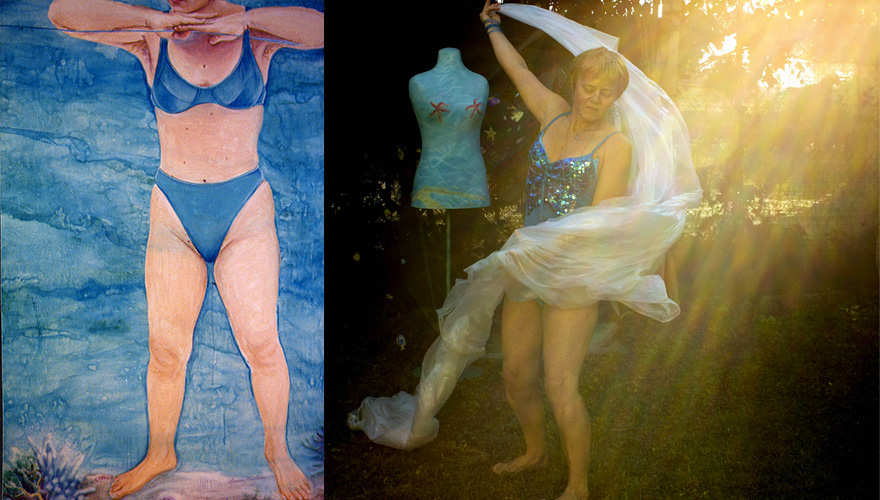 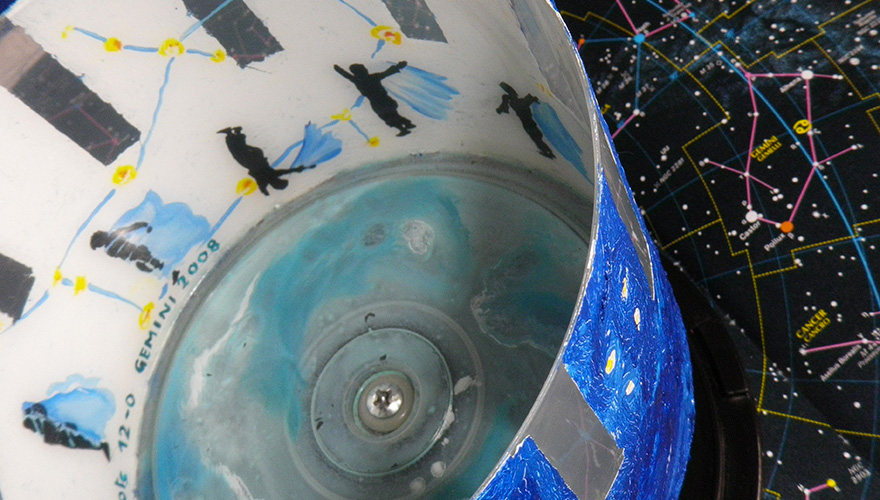 
Impromptu performance with Dario Della Rossa at the piano from the castle of Santa Severina, KR, at “Le Arti del Gesto”,
28 August 2008 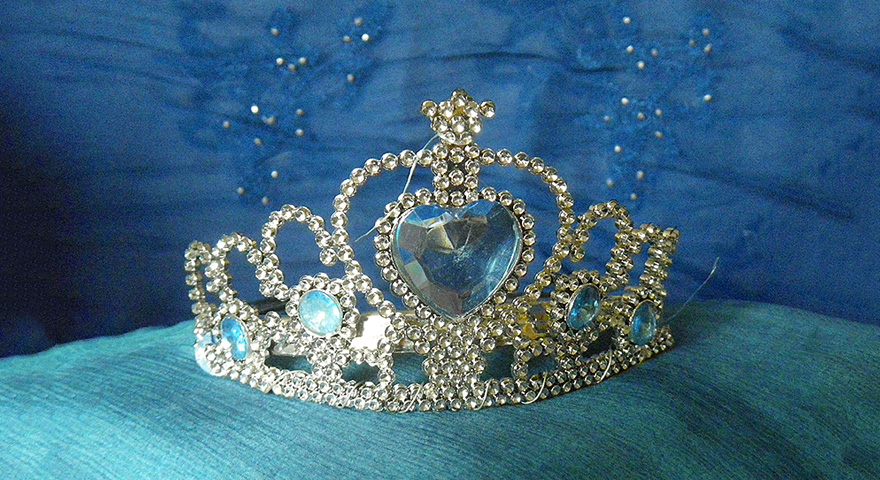 Installation of “a glittering crown in a blue sky”, 2009