The main traits of SHEren are the love for the marine environment, the myth, the history, the astrological/alchemical path and a playful irreverence towards it all. The passage from SHirEn (that had been mostly a pictorial subject) to SHEren came during my first stay in Ireland, in 2003, when I turned to performance art. Then, I needed an appropriate outfit. Few months later, at the first public action in Madrid, Sheren was wearing a celestial kimono over her usual clothing. A naked body in bikini was painted in the front/back, ending with a Siren tail. Aquatic accessories – tulle veils, flip flops, little bags, bathing cap, etc – were added later, starting from “Getting ready for Summer” in Helsinki. The chrysalis dress was abandoned after a few years except for the tulle tail that was sewn separately: the BODY has to emerge from the sea foams. Clothes (ordinary or not) and objects coming from various performances were adopted since, together with the turquoise-ultramarine-white veils 100% polyethylene. At the same time, I started to make Sher-ensigns. There, on these azure lightweight fabric, I secure memorable memories: set in the painting, embroidered or nestled in a Braille relief. These were/are used in the performances or installations as part of a wider/current research that opens my heart to new dimensions… and makes me feel so happy if I can go to Sofia in 2013 to replace with a real one, the fake fossil Siren said to be found in Sozopol in the hoax of July 2012. There I could taste a ‘sirena’ cheese and receive a сиренa figurine as a gift! 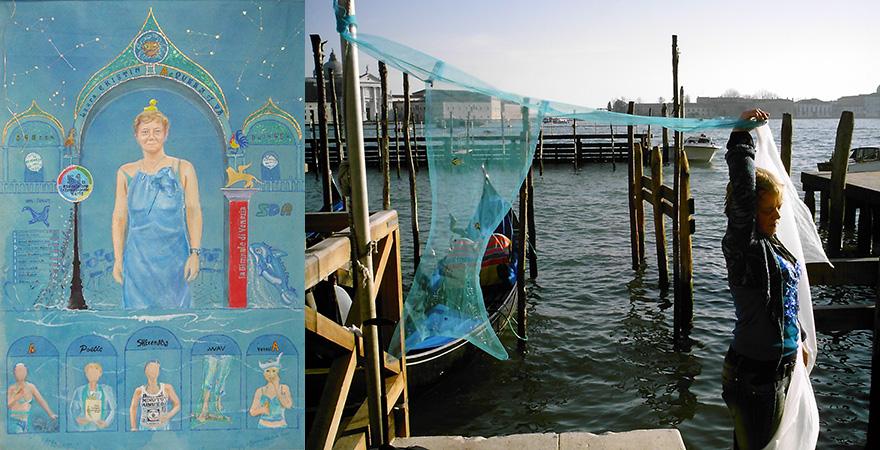 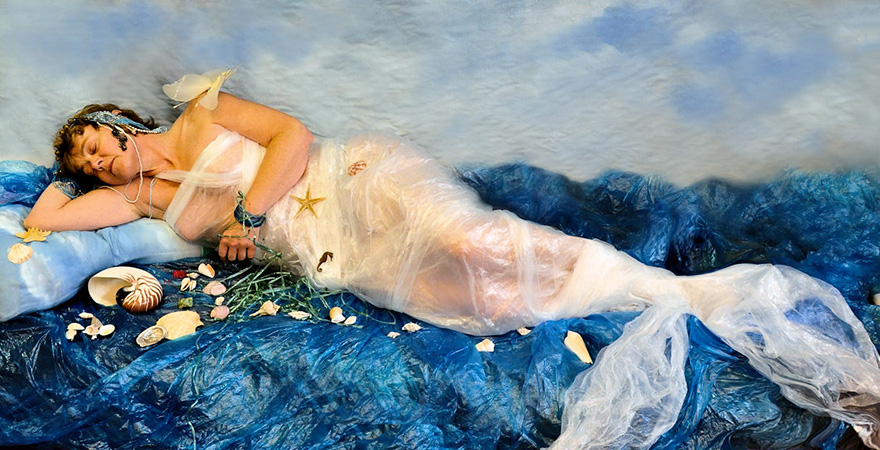