A little about the (in)finite research along the path of Tarots, can be traced in the previous 20 projects already published. Watch the video “16.Tower” in “The Statue of Liberty” featuring a sort of political commentary about the twin towers. Search for the Artist trading cards, flick books and zoetropes, some of the “Selfportraits”, more exhaustive “Art actions” or the “Sheren-signs” in synesthesia with the “Music”. As everyone involved in this subject well knows, Arcana ended up taking their space and inevitably interwined with life. The consciousness of starting something new started in 2007 when a common alphabet with the musician Dario Della Rossa was set. 22 musical fragments were selected from an impromptu in a gARTen, a deck of Travelling Tarots (cards, performances, videos etc) were produced. The visual art and the musical one, could/can explore wider and unexpected fields, in shared autonomy. Individual and common studies followed/were practiced, in a process of stratifications. Textile Tarots ensigns, interacting with Gaelic, Morse and Braille, symbolisms (Tao # 47), myths, maths and so, took shape. New names were given and new musics were composed, for installations/performances here and there, such as at Nymphaeum of Cosenza or at Raymond Roussel’s tomb at Père Lachaise in 2014 where a “Danse du Tarot en F” took place, with LoveS, 14D Angel and CoronA. 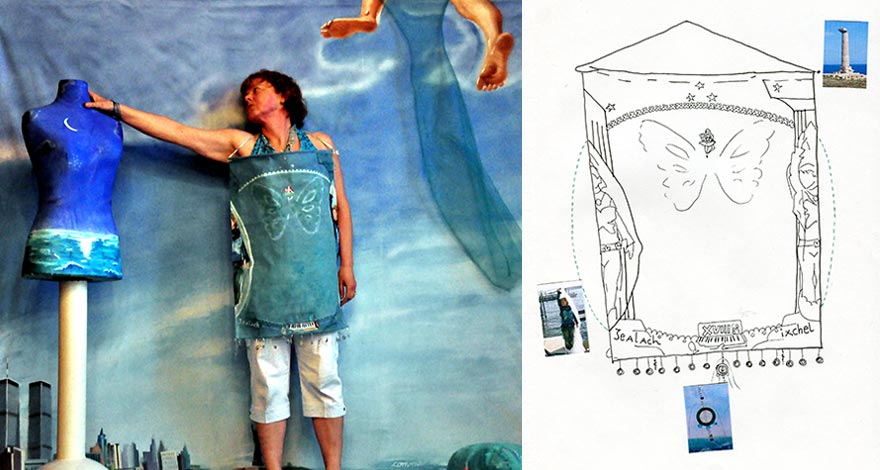 Text about XVIII “Luna” (English version in the pdf to download), 2009 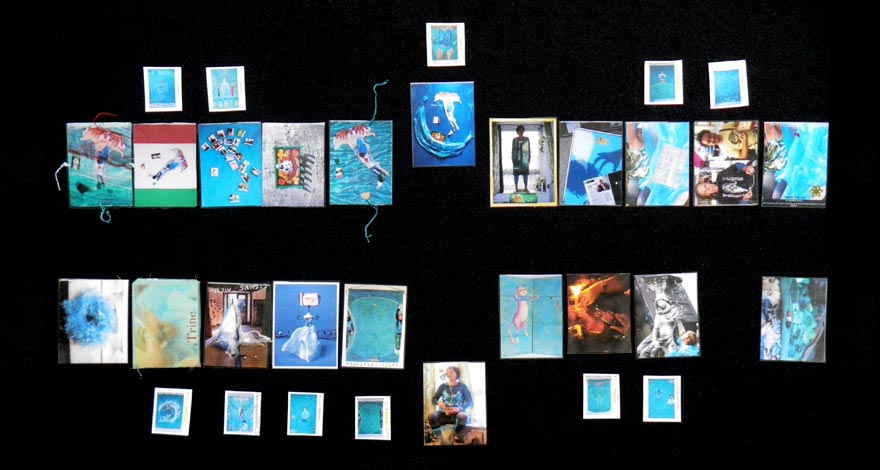 ArtistTarotCards 33 featuring a complete set of 22 cards along 2011 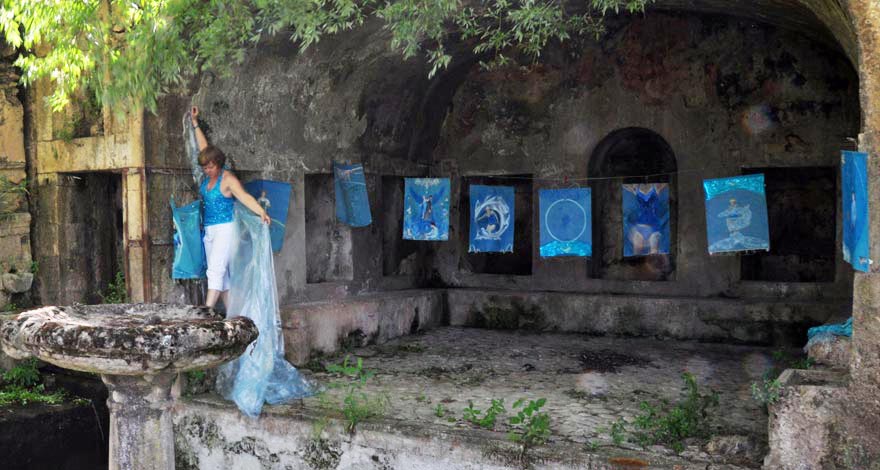 Installation/performance with 11 Tarot ensigns at Nympheum of Cosenza, © photo: Laura M. Mino, May 2010 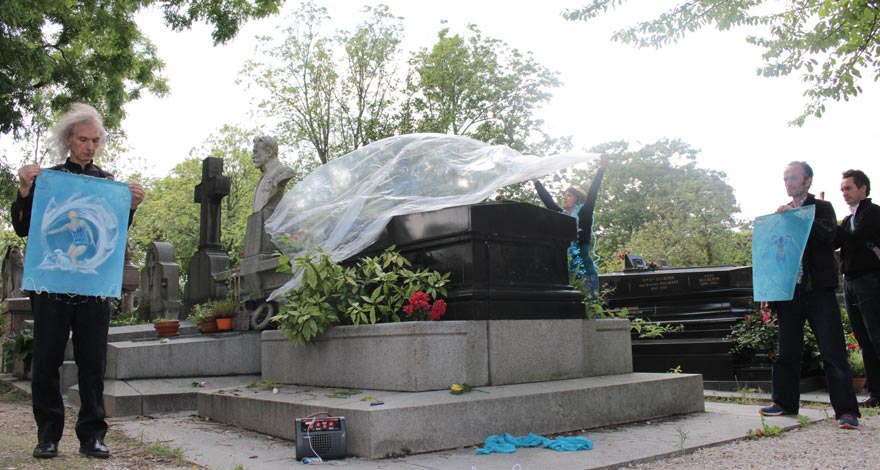