The Statue of Liberty

Liberty for me is a very special word to act/practice daily and to turn into freedom. It doesn’t make much sense as a proclaim of intents, if no real facts follow. When I first saw The Statue of Liberty in New York harbour, at the end of the Nineties, I thought it was lonely and lashed by cold winds sometime, but then I imagined how she might have appeared to the emigrants arriving in the Big Apple. The creature of Bartholdi stands in a beautiful place, among the freedom of the seas. Since that I had portrayed her several times, but most of all I have tried to make the installation come true. It happened with “Totem III: Air”, “Totem IV: Natural Liberty”, while projecting slides of a visit into a keyboard case or – last but not least – when, after having crossed the Ocean from Europe, I climbed on a table of Katz’s Deli in NYC, to be/perform the authentic “Sheren of Liberty”. 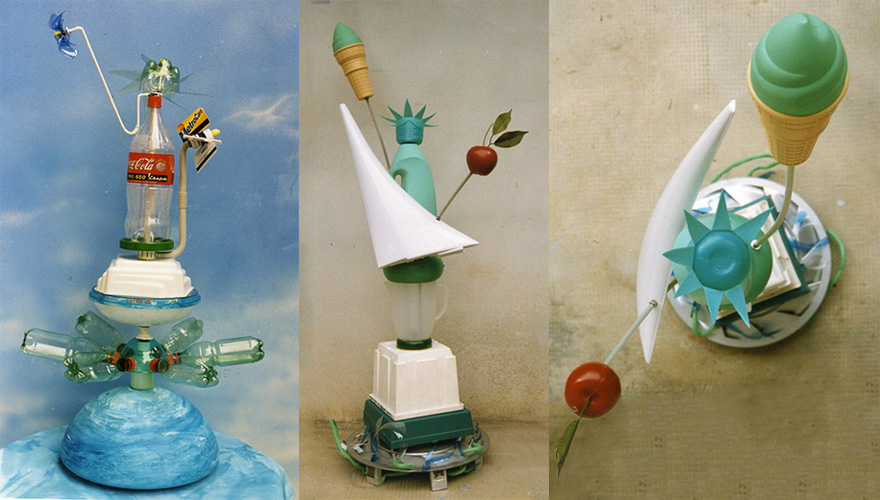