The first dummies entirely made from A to Z were the ones of the series “MySELF”, in 1997. The opportunity was given by a collective exhibition about the feminine body: I was paired with Cindy Sherman, with whom I share the Time, being born in 1954. She also lives in New York, that I adore. That series marked the development from painting intimate landscapes on sartorial busts (such as in “Nuvole” of 1988, with the sky and the gate of my new house) to the creation of models of my selves. Work was hectic and the procedure took shape along the way. The sculptures were patterned after some deformed plaster busts – roughly adjusted on my size – taken from an orthopedic shop. Anna, my dressmaker mom, sewed fabric busts that were treated with gesso and reinforced with a net. As work got by, busts became softer and lost the pedestals: no. 7 ended to be a pillow of Sky and Sea. “Mediterranea” followed, where the 3 of them are pure water and the lands facing the Sea are painted around their pelvis.“The genealogy of Siren” was next to an historical research about swimwear, from grandma times. “SHirEn standing” and “SHirEn sitting” are just another story that made ‘me’ want to be/perform the mannequeen. 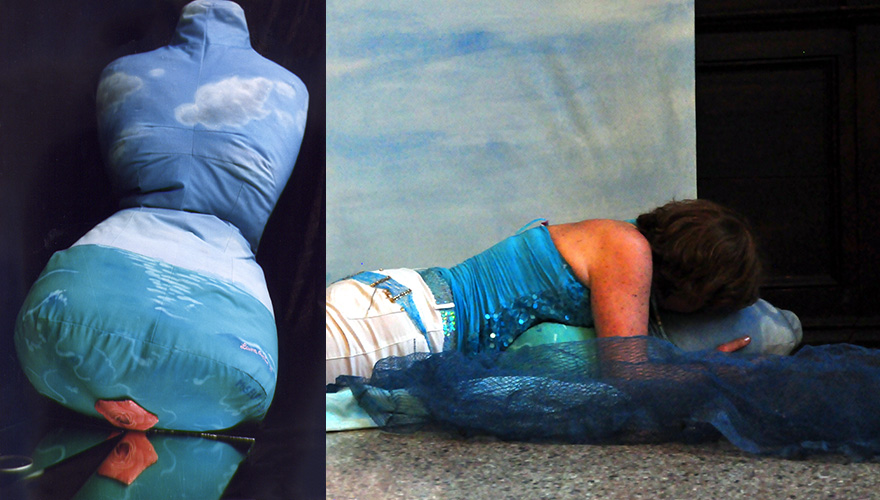 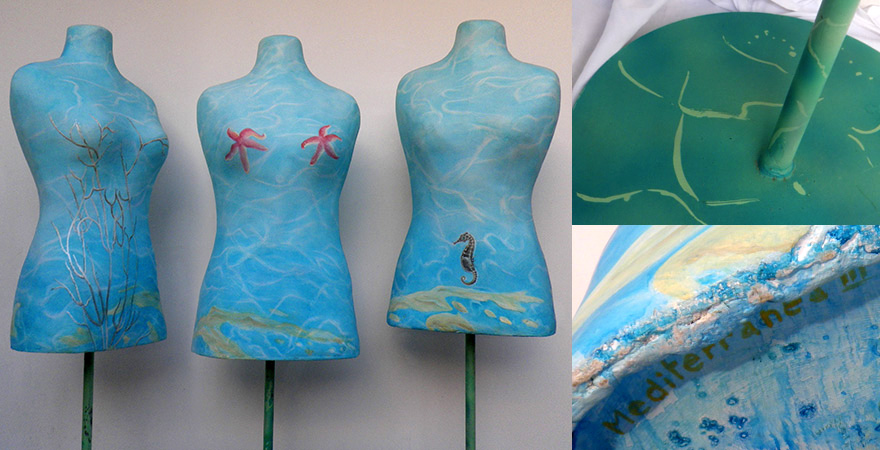 “Mediterranea”, 3 dummies with iron pedestals, painted with acrylic, featuring the lands facing the Sea on the pelvis, 2000 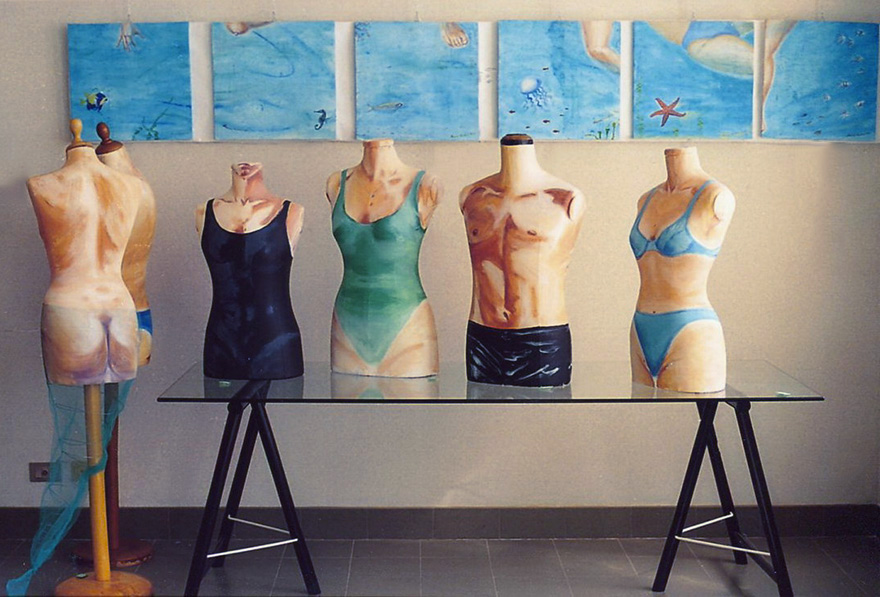 “The genealogy of Siren: Siren, Newt (on pedestals) and 4 S-bathers”, 6 tailor's dummies treated with gesso and painted; in the background, series of paintings “O-volution”, acrylic on board, 2001