Piermario Ciani introduced me to the world of mail art: he told me once about the Netmail of Peter Küstermann and then I went to Germany at lightning speed to paint for Open Air Gallery 1998. I had always liked the NET as an object to depict or to be used in the art actions. The sailor’s tool is also the methaphor of casual/free contacts and frequencies in the immense sea. The mail art network goes beyond exchanging: art-postcards, rubber-stamps, handmade books, small presents through the postal system. It is rather a way to create/experiment – humanly sustainable and enjoyable art out of the commercial system. An exhibition, a festival or whatever comes to one’s mind can result, usually starting with a “call”. For “Sheren’s 50” I received many contributions of labels, cards, poems about the date of 13th June 2004. I took part and still contribute to whatever is in tune with my irreverent spirit towards the hierachy that sometimes affects even the ‘alternative’ spaces. Exchanging ideas, hospitality, humanity with many artists from all over the world comes along MA. It helps me to shape most ambitious projects in the right perspective.Very often what one gets/finds on the way is surprisingly better than a final piece of art. Making Artist Trading Cards (that are given out for free or swapped) was/is also profitable. It’s an excuse to imagine a not-so-visionary-world, where one can live-and-make-some-ideas-come-true. 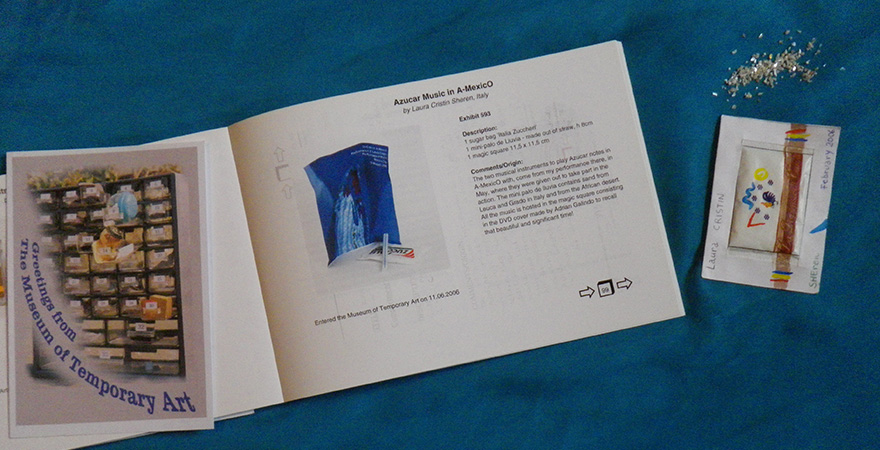 “Azucar Music in A-MexicO” as item No. 99 in the catalogue 2006 of the Museum of Temporary Art run by Debbie Rebsch in Tubingen, DE; at the right side: slivers of mother-of-pearl and a a sugar sachet revisited, coming from Lat 39° 47' and Long 18° 22' 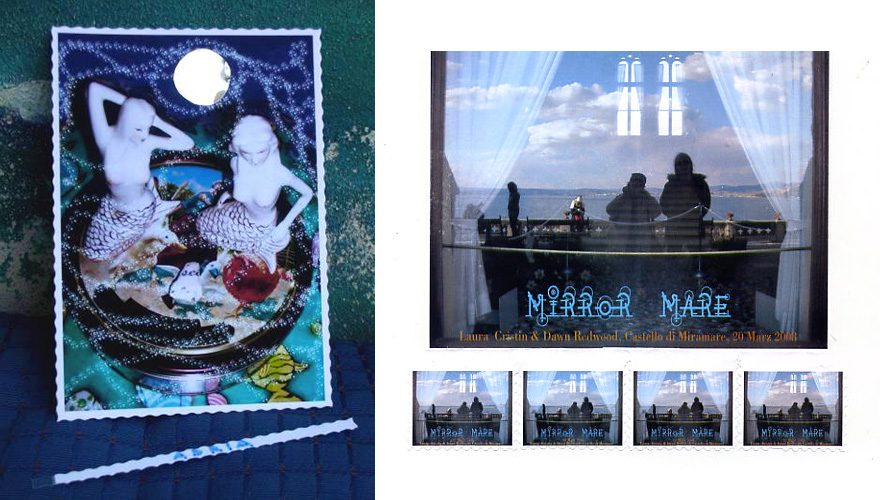 “Mermaids at fool moon 26SEP2007” card featuring the porcelain statuettes received as a gift from PLG.
“Mirror Mare” artist stamp by Dawn Redwood based on the performance at the Castle of Miramare, TS on 20 March 2008 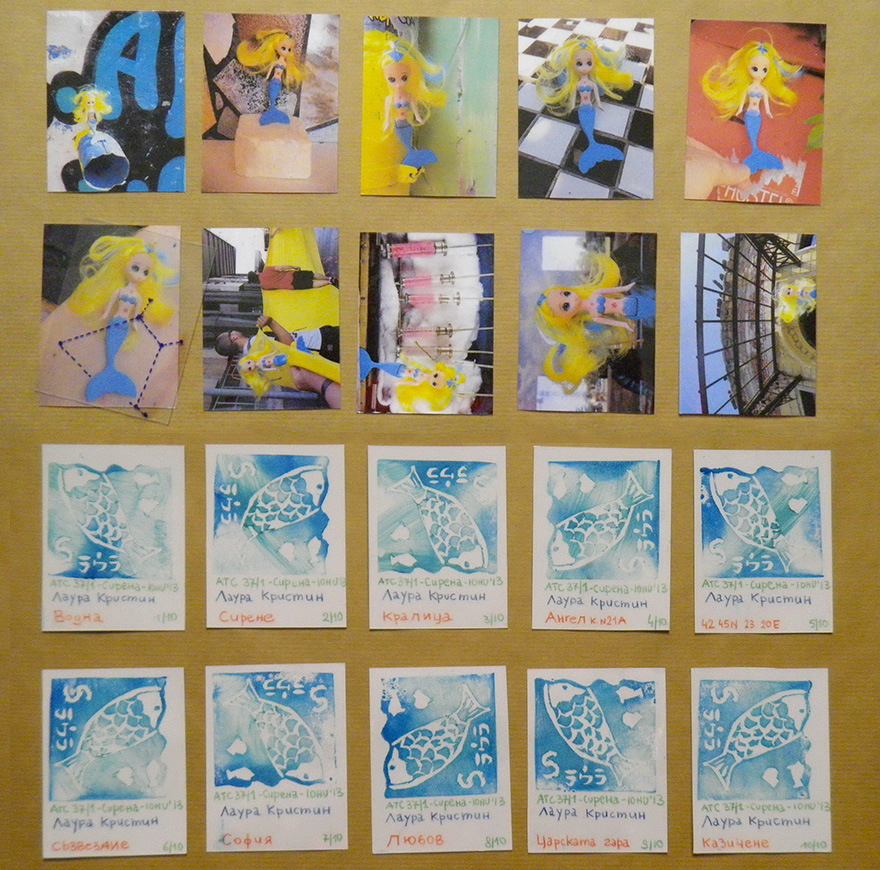 “Sirena Bulgara”, complete set of Artist Trading Cards 37, inspired from the Siren that was received as a gift in Sofia, BG, 2013