Music was in the air from the beginning, even if it was fully clear to me later, through the performance art. See the unplugged headphones holding a cloud on the shoulder of “Nuvole”. Guess what’s behind the title “Un’oca a New York” (“A goose in New York”): it was chosen because it was painted under the obsessive listening of “An Englishman in New York” by Sting and “An American in Paris” by Gershwin. The awareness of the Music as a central wave came at the certain point, as a gift. After the first silent actions in Ireland and Finland, I was offered music “ad hoc” by the pianist and composer Dario Della Rossa. Besides his tracks, in these years I had the opportunity to interact here and around, with Mozart, Beethoven, Lizst, F. Landini, MKO, the flute of Eugenio Colombo, the voice of Amadea, Azim Shabal Nawabi, The Sticker Dude in New York. Music deals with the ineffable. I enjoy to play the stick-of-rain and to turn the (polyethylene) veils into waves. It makes somehow tangible the course of time in the flowing of life. Music is ultimately a sort of inner movement taking shape whenever I can see a flower or a feather accidentaly fallen on the gate of my house first thing in the morning, before leaving. 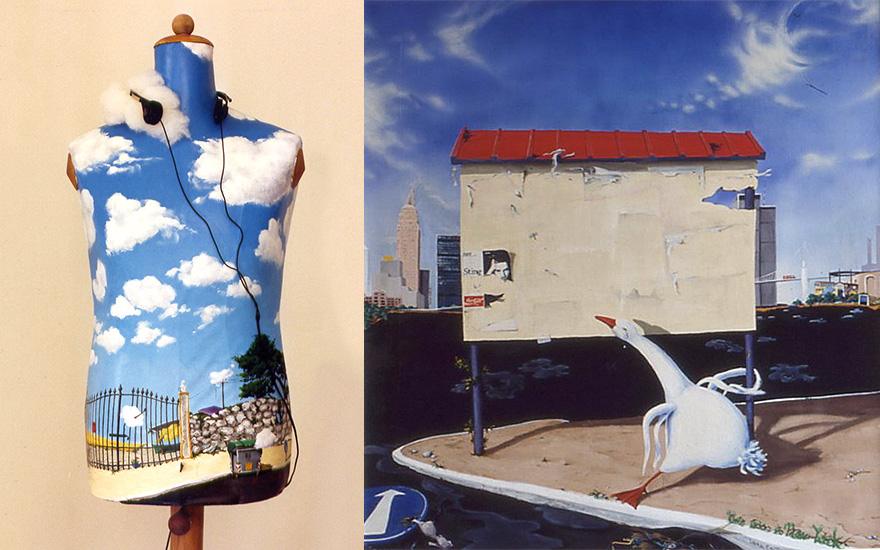 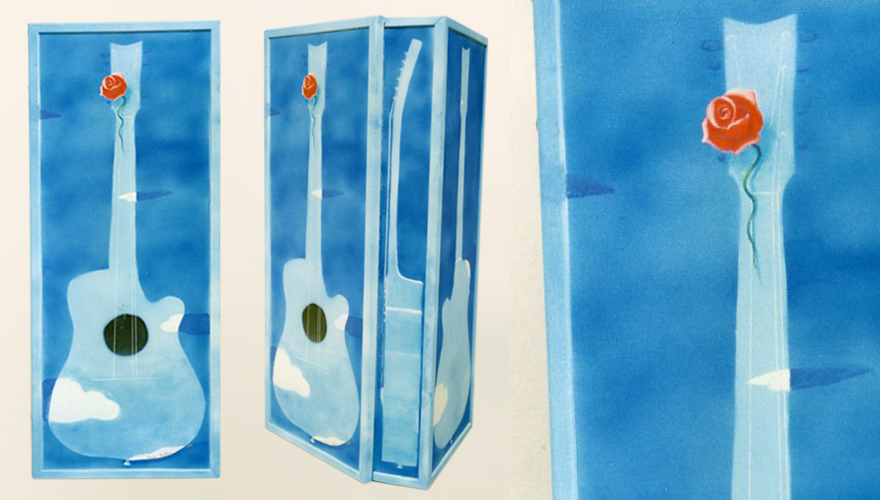 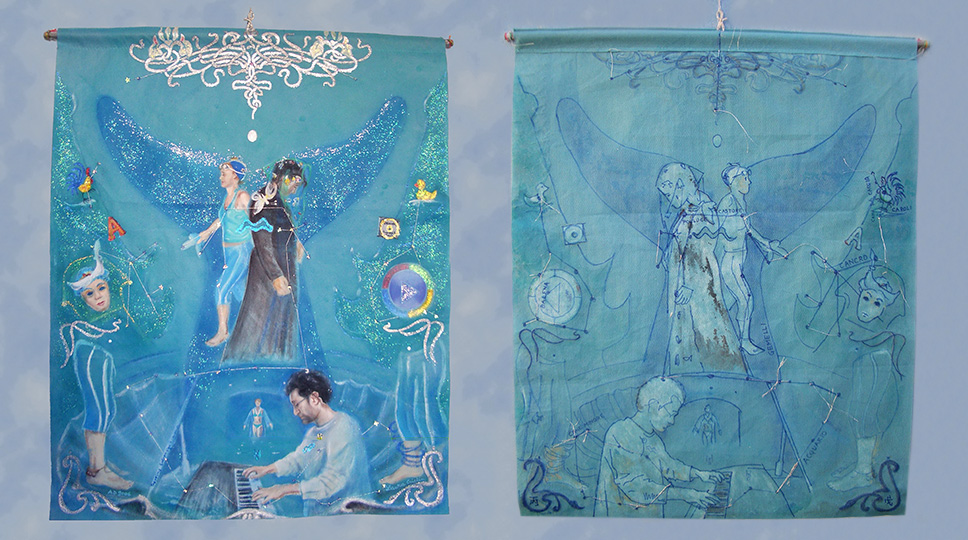 “Sherensign XX” (front and reverse), not-only-painting on nonwoven fabric, based on the performance in S. Maria di Leuca, LE and featuring the constellations of 15 October 2005

“SHEren in A-MexicO”, card for the performance 2006
“Sol-Re-Fa”, long play record revisited, 2007 (vinyls collection of XX912Fabrika, Piombino Dese, PD)
Details of the fringe in Sherensign “Moon” with a feather in the central pendant, 2008-2009