Along my life the theme of the Sacred is recurrent. It applies to some subjects of my art works: paintings, installations or performances. It is also a underlying attitude: a state of mind-heart-body that sometimes turned to be peacefully subversive and kindly irreverent. As when the painting “… e il giorno dopo Maria lavò i suoi collants e la t-shirt del bambino” (the day after Mary washed her stockings and Jesus’ t-shirt) was refused by the committee of a Christmas exhibition, not for nudity or so – Holy Mary was not even depicted – just because of the title that convoyed towards a far too human Madonna. The Sacred is a big question: “Dio c’è” (Does God exist?) can be traced in several works. Besides, the maternal relation Mary – Jesus is central at a certain point and is developed as a separation from the child. He leaves the sacred image painted on the wall, gets rid of the halo, becomes three-dimensional and alive. Often he lands on the sand and plays with it as I used to do in my infancy. Without being disrespectful, I sometimes love to feel like a Virgin Mary; so during the art actions, I like to wear veils-mantles of the colour of her eyes. Cemeteries like Père Lachaise in Paris are inspiring environments. I also celebrate my name-day since 19 October 2005 when the Sea in Apulia brought me a (inflatable) dolphen as a unexpected present. 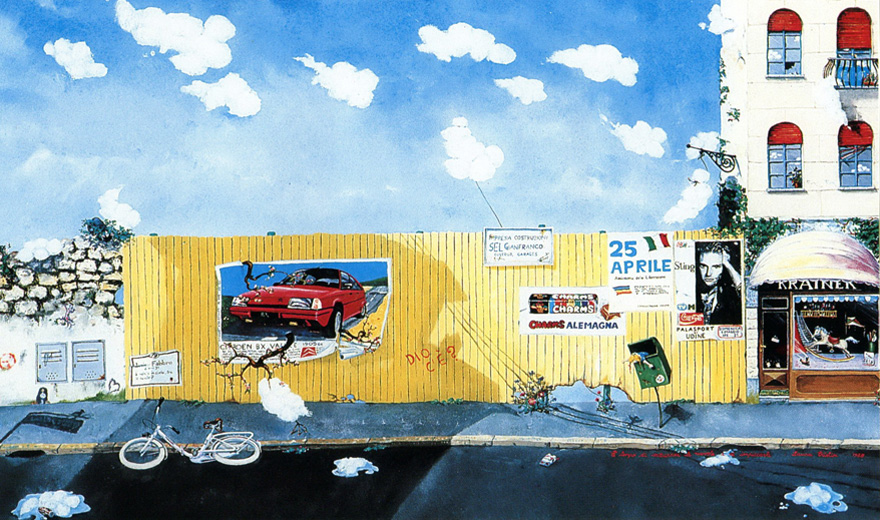 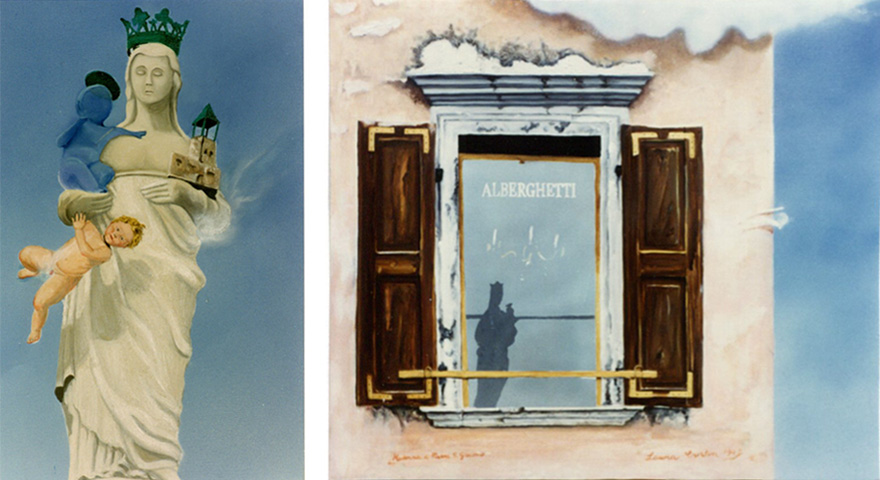 “Madonnina di piazza S. Giacomo” in Udine and reflection of it in “A mia madre”, acrylic on board, 1994 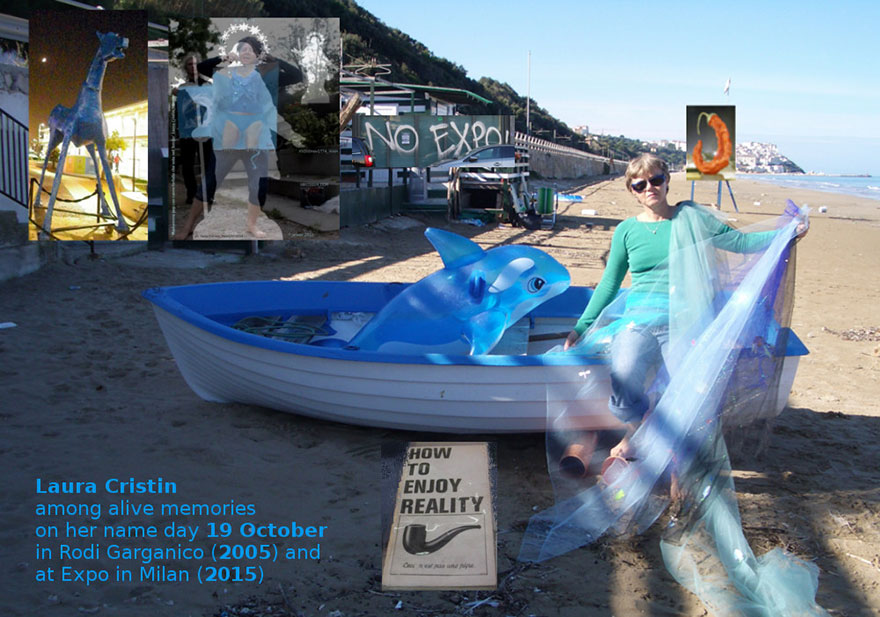 card for the tenth anniversary of the discovery of my name-day Santa Laura: 19 October 2005- 19 October 2015
“La Mèr(e)” in Milan, in the installation “Le Gabbie del Tempo” of Francoise Bohr, for Giornata del Contemporaneo AMACI (Contemporary Art Museums), 15 October 2011
“Tarots in Paris” at Père Lachaise in Paris for the memory of Raymond Russel cured by Gianni Broi, 14 juillet 2014