The first memory that comes to my mind when I think of maps, atlases and so, it’s a yellow sweater with batwing sleeves, handmade in youth. It was a sort of alive planisphere when worn, since I had knitted — in different colours — Europe, Africa and Asia on the breast, Americas and Australia on the back. Atlases are the books I leaf through more often, from my library. Besides the maps of the lands, the sky planispheres are my favourites because time and motion are inside. Consider that one — in a night sky — can see different constellations from the same place, according to the seasons! I like to linger on memories, images and thoughts and to reorganize it all in provisional maps, that last just for the moment. Though, these can light my heart and sometime take not-so-ephemeral shapes in the origami of a waterlily or in a star shaped atlas. 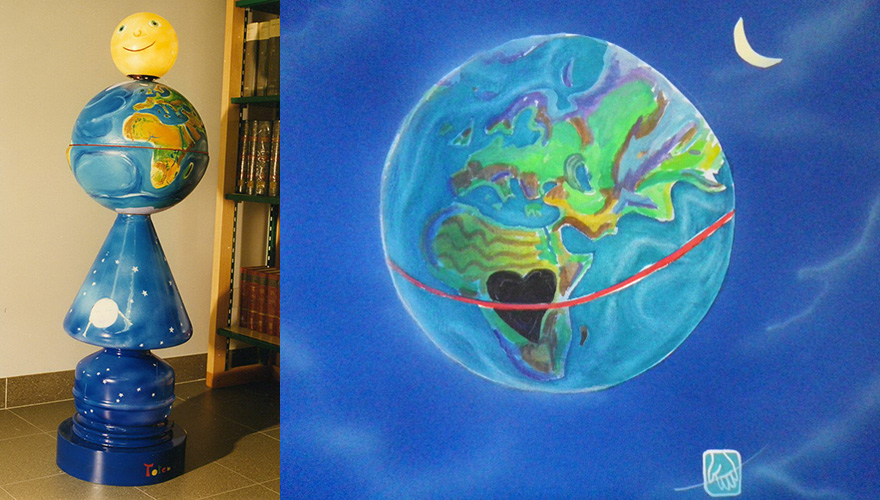 “Totem I”, lamp-sculpture-assemblage of lighting fixtures revisited through the painting. Sun on top and moon below can be switched on separately. Collection of art gallery of S. Pier d'Isonzo, GO, 1996
Illustrations from the book “Viaggio fantastico intorno al mondo”, unpublished, 1996

Map of Europe, gouache and collage on paper, from the book “Viaggio fantastico intorno al mondo”, exhibited as a prototype at the Childrens' Book Fair of Bologna, IT, 1996

Detail of the mural “Castellana Sicula”, PA, acrylic, painted in Sicily in 2001, preparatory sketch at a side 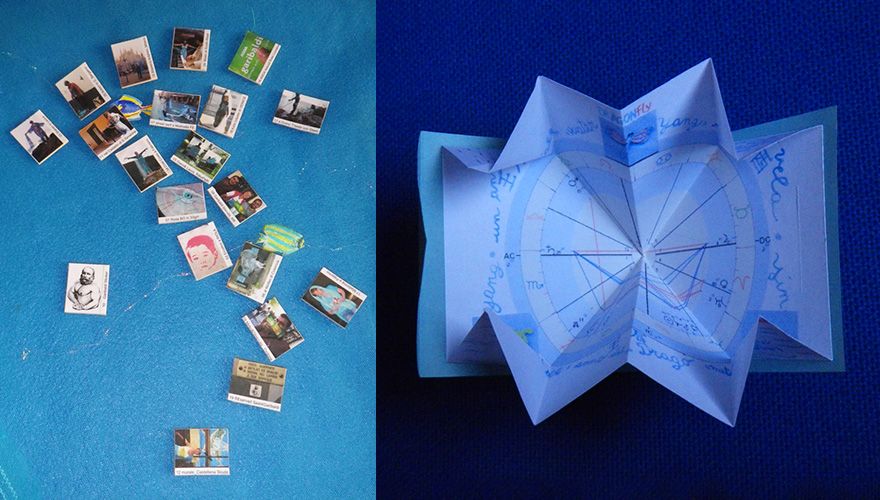 Composition with 22 jigsaw pieces of ATCard 33c “Tarots' TRIduo Pray/Play for Italia's 150”, prayer is on reverse, 2011
Waterlily origami out of an astrological chart of a Dragon year, 2012