The magic, the evanescence and the depth of motion pictures have always fascinated me. This passion, rather than by frequenting cinemas, stems from photographing with analog cameras and from the familiarity with the rolls of film/slides. I painted large canvases with the help of a slide projector and I still remember the thrill of feeling at one with the light cone and the dust floating inside. Very often I have considered/developed the idea of “sequence” in artworks. The encounter with the “real” cinema occurred in 1995, when the illustrations made for a book of Angelo Signorelli were chosen by the Slovenian Television for a short film, together with my home-studio as a set. A whole troupe came from Ljubljana and installed all through, a rail for the steadicam. I was asked to paint my heaven in the garage and to recite. Long strips were produced and other film reels in Idria. “La Storia del Cantastorie” came out: an experimental movie made with reality, phantasy, animation and whatever everyone has contributed at his/her best. A decade later, with the choise of performance art and the advent of digital, the experience was put in good use. I appreciate videos filmed by professionals but I do risk sometime to record my actions on the move – with a pocket size camera — from the tripod or by hand. Afterwards, if I want, I can work on the still frames. To balance the complexity in the world of moving images, my studio has gradually crowded with personal-experimental devices of pre-cinema: fenachitoscopes, zoetropes, se(a) mobile, not to talk of flick books sometimes obtained by drawing sirens on the pages of mini bloc-notes (supposed to be used to measure the urines’ alkalinity!). These are the magic lanterns that can show e-motional sequences whenever I want. 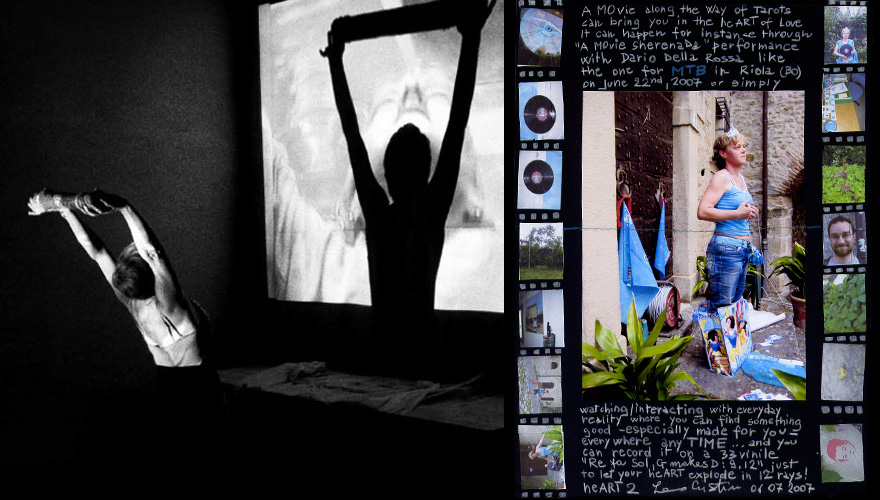 Perfoming with a video of a performance in Montegrotto Terme, PD, from the book “inAction” © photo: Gianluca Scordo, 2006
“heART2”, mail art sheet about “A Movie Sherenada” 2007

Flick book made with cinema tickets, can also be turned in a phenakistoscope disc, 2008 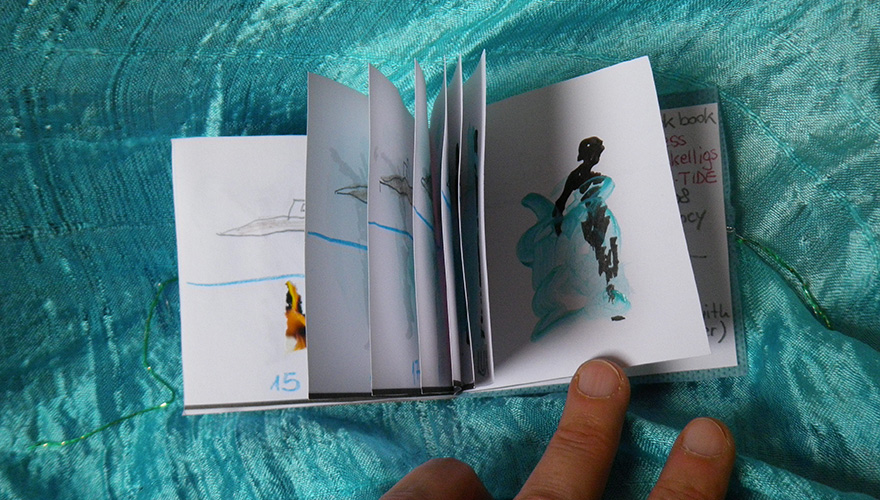 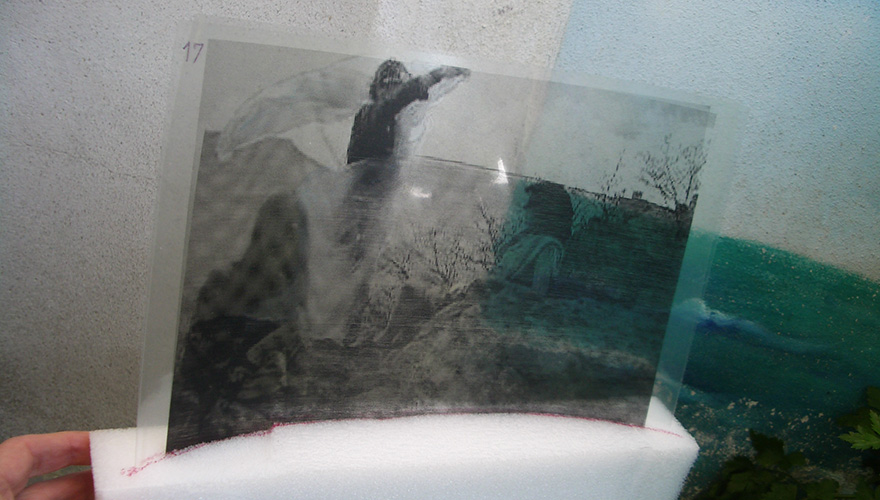 “Tarots' Transparency No. 17” two laser printed transparencies: if slightly rubbed on each other, a moving net texture originates, the images were chosen for emotional contiguity, 2008

Zoetropes "Gemini" and "Aquarius" (spinning top in the base) made out of CDs cases painted with oils, spare interchangeable strip at the side, 2008