Holland, Paris , Edinburgh, St. Marie de la Mer, the Christmas markets come to my mind when I think of the little paintings on glass I used to paint as a personal documentation, back from the holidays. Then came the most challenging triptychs such as the one of the nearby Palmanova. Strolling in the star-shaped city after having portrayed it, made me feel as if I had caught some/slightest fragment of its soul. Many landscapes were painted on tailor’s busts, immortalized in private/public murals and later in art actions. All this allows to collect precious crumbs of the ineffable that many places can offer, when it happens to be there. I love to be able to see a ‘natural’ cathedral in a poplar grove or to perform/be in a ‘enchanted’ wood at Lat 44° N and 11° E. Dealing with people or places makes no difference: both are alive! Moreover, the human body is a place. A complete overview of inner and outer ” Plȁtze “was exhibited in 1999 in Minden DE, hosted in in the former church of Büz. We left Italy with a van load of paintings of Madonnas, Squares, visions of New York, to end with “… comme un oiseau” still wet paint on canvas , ready to soar to other shores. Unexpected sites and acquaintances were discovered/created /performed since: from the cemetery of Père Lachaise to the beaches of Coney Island or a Bulgarian Water Tower, to turn the obvious into a not-so-personal OTHERness. 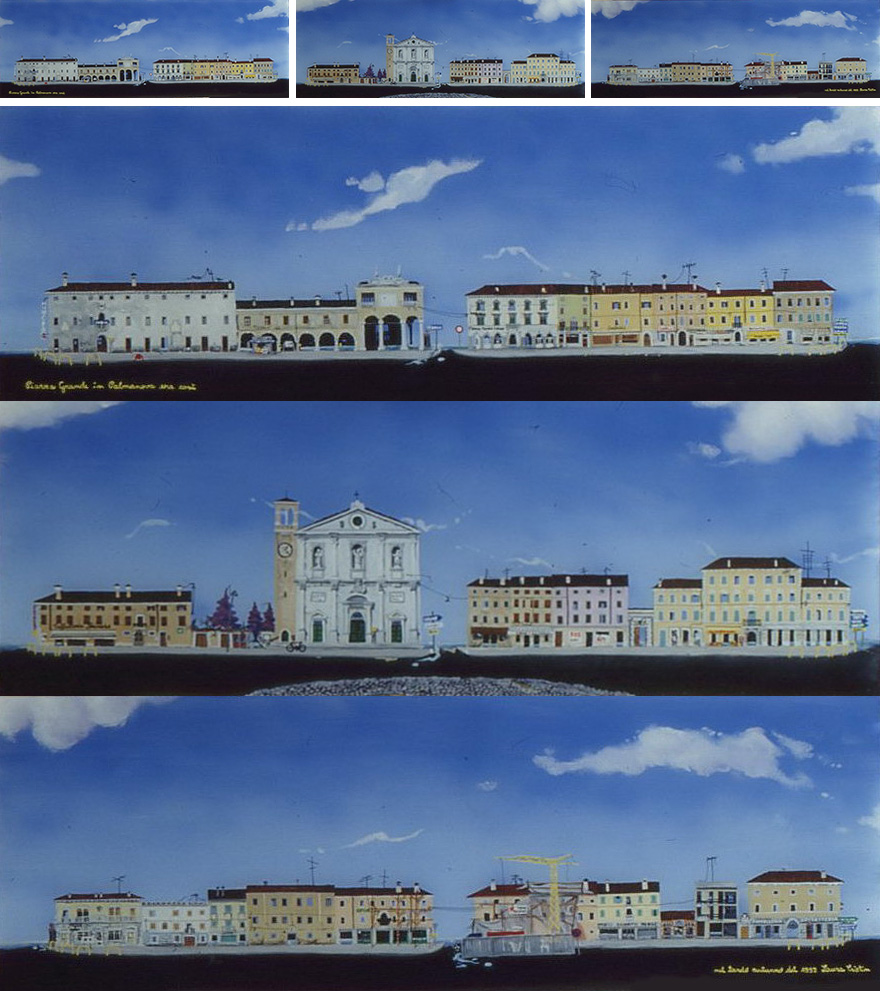 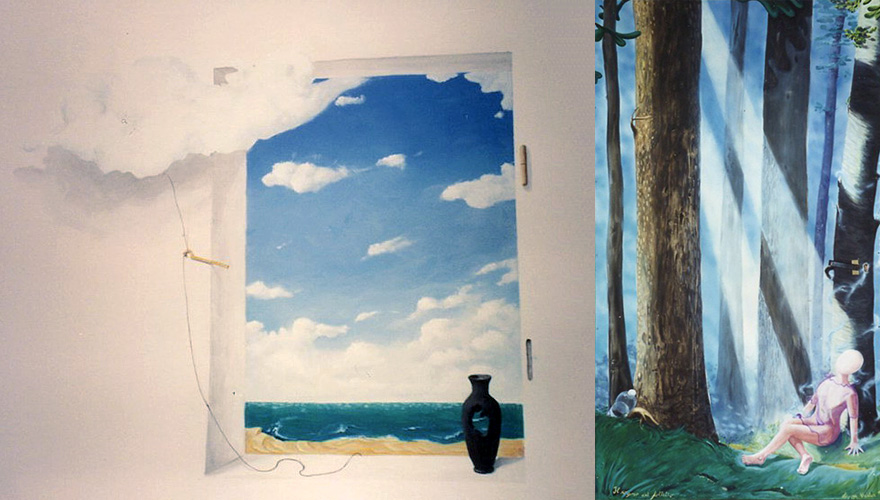 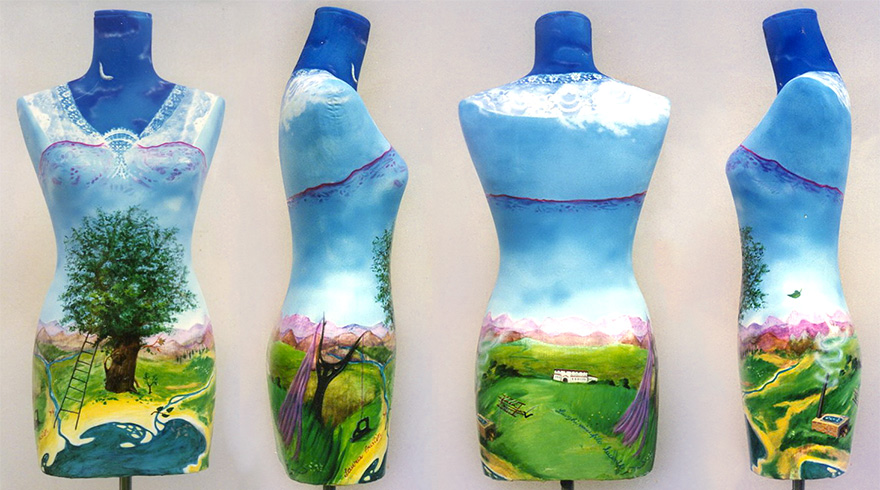 “Luoghi verso il filo lucente” acrylic and oils, varnish on a dressmaker dummy, 1996. It represents the cycle from mulberry to silk in the region of Friuli-Venezia Giulia; images were used for the book “Fili di vita: percorsi di lavoro femminile nel Goriziano tra Sette e Novecento” (texts by L. Panariti, L. Pillon, L. Cristin), Edizioni della Laguna, GO, 2000
“Duino Paradiso Equinox II” performance with Dawn Redwood, in a magic coincidence of Time at the Spring Equinox, Full Moon and Holy Friday, in the place where the Mediterranean Sea reaches its farthest point North East, in sight of the Castle of Duino, where Rainer Maria Rilke and Dante stayed, with music composed and/or played by Dario Della Rossa and Liszt, 20 March, 2008