I felt the need to trace/cuddle and eventually explore my self through the portrait since the beginning. In my early paintings it was the shadow of my head projected over the earth, on the walls… towards the sky, as I would have loved to define/cut out my personal space in the world. Since 1993 I depicted several self portraits as a goose. Next, came the big canvases showing the body in full size, mostly in maritime environment, such as “…comme un oisEAU” (1996). Those announced the series S-H-E, SHirEn and SHEren: paintings or dummies that have brought me to the current research of an art-identity broader than the self. With the performance art, things turned to photography and I started to reproduce some of the best ones on Sherensigns. At the same time I do not disdain to use my compact camera on the way, whenever appealing images of myself appear by chance in mirrors or other reflective surfaces. Airplane/museum/hotel’s toilets, fitting rooms, (shop) windows (for a photo with the surroundings) became my favourites for taking quick travel notes to be shared sometimes with travel companions. 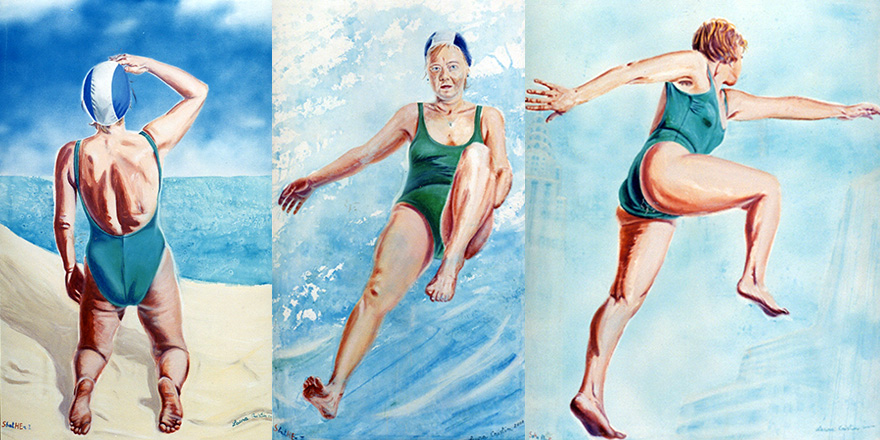 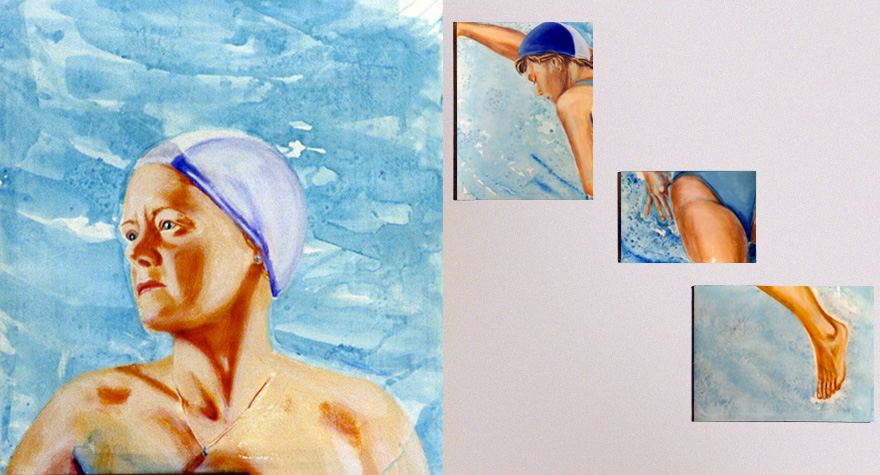 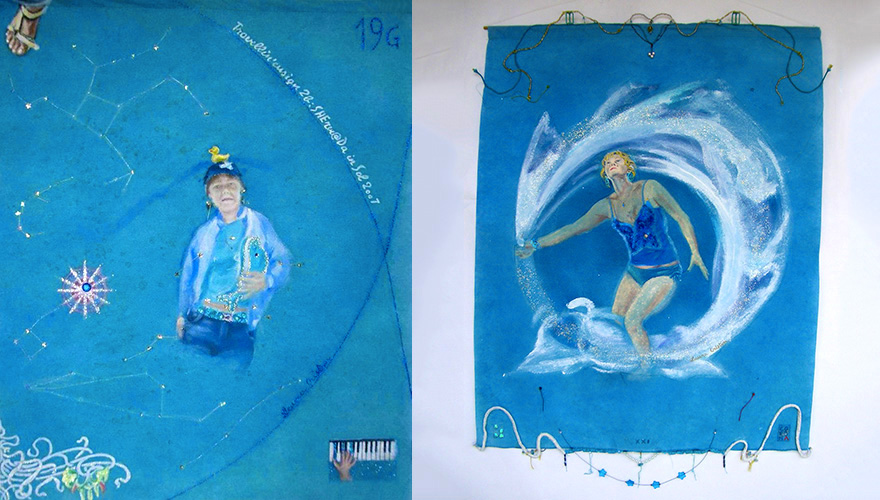 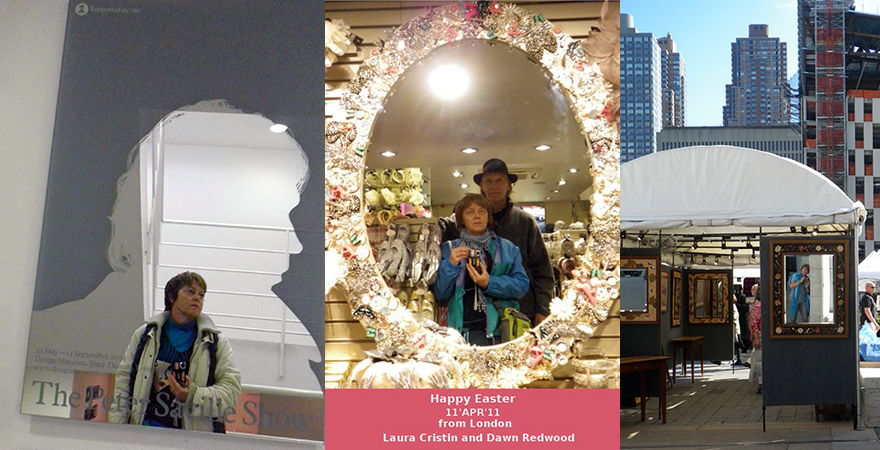 Quick snaps in The Peter Saville Show at the Design Museum in London, 23 November 2011
In a nice frame in London at Easter 2011
In the flea market at Lincoln Center for Performing Arts in New York, 17 June 2012