The presence of the sea in my works dates from my first paintings. Turquoise, aquamarine,the effects of light on the water abound in many works. However the subtle metaphorical and symbolic meanings go far beyond the mere reference in the colours. The Sea that involves me is rather the “(a) mar” of the Italian and Spanish idioms, the generative sound of the French “Mèr(e)”, the constant ebb and flow of waves that continually redefines the apparent flat surface, the con-sonance with the waves of the heart, the evocation of the sacredness since the baptism of Sheren. With the performance art practice, the sea is the first to move from the static pictorial representation to a dynamic redefinition. So light and almost imperceptible plastic films are swayed. These can be used for wrapping oneself within the fluency. Unexpectedly these can reveal marine creatures’ appearances. And then “La Mèr(e)” can be recreated everywhere, even when it is physically far away, as occurred in Milan for “Le Gabbie del Tempo” in 2011 or in a disused water tower in Sofia in 2013. A perfect tuning with the real one took place in the performance “SHEren Velella” in Ponza, in the middle of the Mediterranean, in 2014. 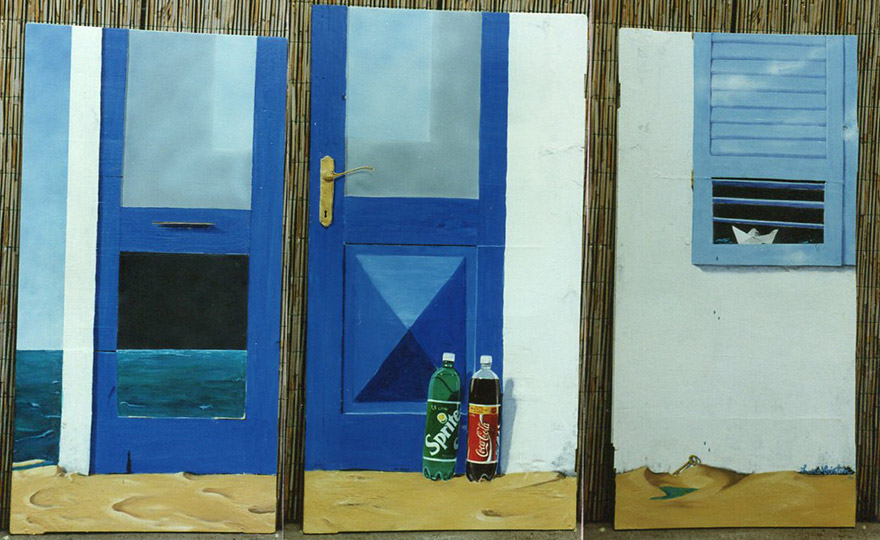 “la chiave”, oil on riddled boards that had served to pin the molds in tailoring, 1994

The making of “Sherena Velella” textile bust, book and performance at “Lo Stracquo” in Ponza, LT, 2014 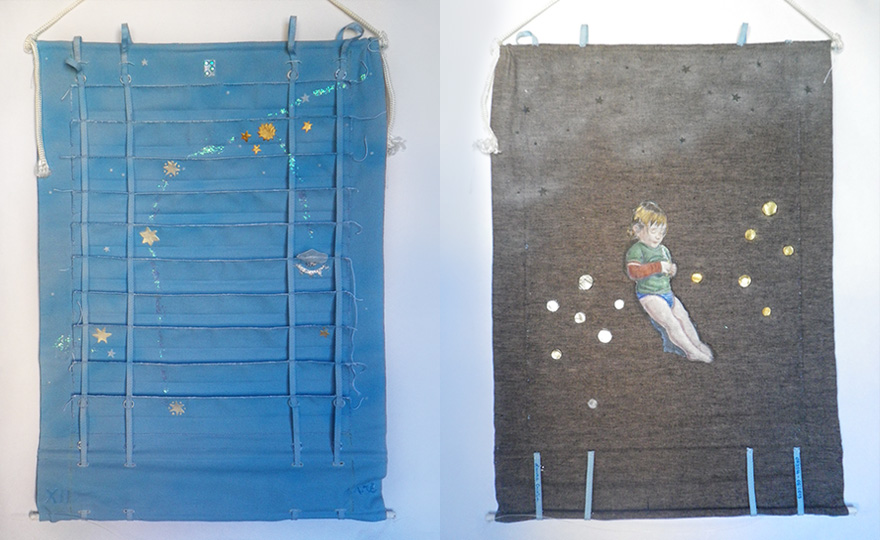 Ensign XII is inspired with the optical signaller used in the Great War to transmit in Morse, where the electricity was not available, Musei Provinciali of Gorizia
“Sherena Velella” in Ponza (Latina) at the finissage of the collective exhibition “Lo Stracquo: l'Arte che viene dal Mare”, 14 September 2014